More migrants than Germans, permanently failed integration, indifferent politics: a politician of the Free Democratic Party (FDP) declares his native country, Altenessen, to have broken down.

What do you think his party colleague, North Rhine-Westphalia “refugee minister” Joachim Stamp, has to say about this?It’s an oath of disclosure that Thomas Spilker, chairman of the FDP in the northern Essen district of Altenessen, recently posted on Facebook: The man from Altenessen declares integration to have failed. The relationship between “new citizens and old-established residents” (newspaper WAZ) is said to be damaged. Spilker wrote:”That is why the citizens of Altenessen are moving away. The homeland is fading away.” Local politics had long since written off the north of Essen, ” at will by all fractions”. This is also shown by the recent decision to close a hospital. His shocking conclusion:

“I recommend everyone to move away from here, because politics does not want any change.”

“I am surprised that Mr Spilker is so open in his assessment. Unfortunately, Minister Stamp of the Liberal Democratic Party has been in charge for a longer period of time, so he carries on zealously practicing the very policy that is responsible for the situation in Altenessen”.

“However, the citizens of NRW cannot afford to wait until he and the rest of the FDP leadership also get their pennies dropped.

By then it could be too late – not only for the north of Essen, Duisburg’s Marxloh district or Gelsenkirchen’s Ückendorf district, where things look no different, but for the entire state of North Rhine-Westphalia.”

The total number of wanted persons recorded in the Police Information System (INPOL-Z) as of September 30, 2020, with an arrest warrant and arrest due to a crime, for execution of a sentence, accommodation or deportation/removal/return, amounted to 174,100.

“Compared to March this year, the number of pending arrest warrants for politically motivated crime increased by 333. These figures are extremely worrying, particularly in view of the fact that 259 warrants for terrorist offences are included. The Federal Government is also aware of 169 persons with an unsealed arrest warrant, 165 of them from the PMK area of ‘religious ideology’ and 21 relevant persons with pending warrants, 18 of them from the category of ‘religious ideology’.

The figures clearly show that Islamism in all its forms is the greatest threat to our country and our democracy. Anyone who underestimates this and pours more and more money into the fight against the Right-wing, while other extremists can do their damage virtually unobserved, disregards the fact that we are on a ticking time bomb”.

On Thursday, December 3, Jean Castex presented France’s vaccination strategy to fight against the Coronavirus: A campaign in three phases which will begin in a few weeks and will run until the summer.

However, the French have not been convinced of its usefulness. According to an Ifop-Fiducial poll for CNews and Sud Radio, a majority (61 percent) of them are still reluctant to receive an injection and 28 percent are adamant about it. The remaining 33 percent will “probably not” get the vaccine.

In detail, the most reluctant ones are the voters of the National Rally (80 percent) and La France insoumise (69 percent). The supporters of the Socialist Party and the Republicans are very divided, since one half is in favor and the other is not.

Another lesson is that young people are the most reluctant to be vaccinated: 70 percent among those under 35 compared to 58 percent among those 35 and over. The reasons for this distrust? “There are fears about the harmfulness of vaccines, but also segments of the population susceptible to conspiracy theory. Many people also say they don’t need it, either because they have already been sick or because they do not feel in danger from the virus,” said Frédéric Dabi, deputy director general of the Ifop polling institute.

During an expected press conference, Prime Minister Jean Castex announced that France will have a potential of reaching “200 million doses or 100 million people, knowing that the vaccine requires two doses a few weeks apart”. It will be completely free for everyone. The first phase will begin within a few weeks, at the end of December in January, and will target as a priority the elderly in establishment.

In nursing homes, residents and caregivers at risk will therefore be vaccinated first, which represents one million people. The second phase will begin in February 2021 and will continue until spring. It will be extended to nearly 14 million people “with an age-related risk factor”. Finally, the third and final phase, which will begin after spring, will consist in gradually opening up vaccination to the entire population.

On Thursday alone, Hungarian police had to intervene in 307 illegal border-crossing attempts in the country’s southeastern Csongrád County, conservative daily Magyar Nemzet reports. As a large number of Romanian drivers have been caught in the past few months, people smugglers are now recruiting drivers from other countries, mostly Germany.

Among the seven people smugglers apprehended in recent days, the Hungarian police have not prosecuted any suspects holding Romanian citizenship, but Bulgarian, Hungarian, Serbian and three German men have been charged, Magyar Nemzet writes.

In the first three days of December, smugglers attempted to take 72 illegal immigrants from Hungary to Austria. According to Magyar Nemzet, after the successive failures of Romanian drivers and the confiscation of vans registered in Romania, organized crime gangs operating in Serbia have started using new smugglers of alternate nationalities.

In an attempt to replace Romanian drivers, gang leaders were looking for new contractors to transport migrant groups crossing the border to Austria and Germany. The criminals operated on the assumption that the Hungarian police would only check the closed vans with Romanian registration plates, suitable for use as “migrant buses,” and cars with German and Hungarian registration could pass through the checkpoints easily.

On the first day of December, a German man seeking to smuggle Ethiopian refugees into Germany was apprehended in the immediate vicinity of the southern border section. On December 2, a 29-year-old German man transported seven Iranian men to Nagycenk, and the migrants entered the country illegally. The next day, the police stopped a 34-year-old German man in downtown Szeged (close to the Serbian border); he had 12 Syrian migrants in the back of his van.

The illegal entrants were expelled from the country by the police, the people smugglers were detained, criminal proceedings were instituted against them, and their cars were seized. One noteworthy fact is that the armed smuggler who committed suicide with a hand grenade at Vitnyéd at the end of October was also a German national.

Meanwhile, the Border Police Directorate of the Intervention Police discovered another tunnel dug during the night in the section of the border close to the Kunbaja settlement early on the morning of December 3. It appeared the tunnel had already been used.

According to criminal intelligence, people smugglers use these tunnels dug in the dam of the Tisza river, where there is no fence for flood protection reasons, and they are then transported further by van. The 40 migrants captured on the outskirts of Mélykút on the morning of December 3 — the largest group who illegally crossed the border last month — were also waiting for a van to transport them, according to Magyar Nemzet.

Let’s pull back a bit and talk about how the Left does things.

The American Left of the last two generations is highly technocratic. It’s the product of a managerial class, in government and business, injected into the non-profit sector, fused in the last generation with the tech sector and its start-up culture.

It’s evil and its members have a tendency toward hysteria and a blithe ignorance of consequences, but it’s not dumb.

Some of the richest men in America, including Warren Buffett, George Soros, and Bill Gates, can be called many things, but stupid isn’t one of them.

All of this means that the current Left executes strategies in a more focused and strategic manner than past generations. We’re well past the stage where it merely inflitrates. It’s been on the ground floor for a while now. It develops strategies in committees across different organizations, uses a start-up culture to audition and pick different approaches, with funders, often from the tech world, investing in various strategies and organizations being pitched to them.

Conservatives have tried to duplicate this to some degree, but have a fraction of the infrastructure and the organization.

Why does this matter in the particular? Election fraud, like any other major strategy that the Left embarks on, is conducted the same way. That means that there isn’t a single grand conspiracy, but a thousand parallel ones, sometimes networked, other times not networked together, some legal and some illegal, following vastly different approaches in different areas, though funded by most of the same donors.

The key part is that there isn’t a single approach. Anything truly big gets the kitchen sink thrown at it.

It’s why we’re seeing old-fashioned election fraud at the ballot level and all sorts of structural environmental approaches with tactics ranging from mafia thuggery to big data analysis. It’s why conservatives need to understand that there isn’t one big thing, there are a thousand of them, some more effective than others.

The election was stolen one vote at a time.

Anything this big doesn’t have a single explanation. And it’s a weakness to look at just one. The Left certainly didn’t. It did things that were legal and illegal. It tried various approaches, threw things at a wall and saw what stuck. That is how it’s been doing things in the last generation. Ironically, the American Left may be the most influenced by corporate culture. the most capitalistic in a sense, of any other incarnation of the Left.

It’s always thinking about how to creatively tear down obstacles, transform the infrastructure, exploit weak points, and win.

Conservatives like to focus on one area, one target, one threat. The Left takes a very different approach. That is what makes it so dangerous. While conservatives were trying to win the Cold War, it was winning the culture war. When conservatives switched to the culture war, it rebranded as the smart technocratic class and took over Corporate America. When conservatives adapt to fighting that, it will have already moved on to a new tactic. Though it is quite possible that this incarnation of the Left, the corporate one that controls the commanding heights of the economy and the educated classes, is its deadliest form. Certainly its cleverest. 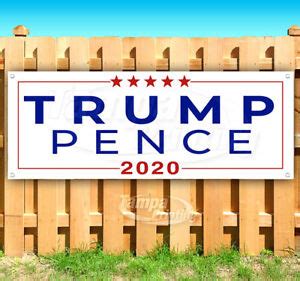